If your library is considering doing board game related events/tournaments during Nordic Game Day, heres the first of a series of recommendations for good new board games for children and families.

The first part of recommendations is for the games Simsala Hopp, La Boca and King of Tokyo, because they are all easy to learn, hard to master and can be played rather quickly. 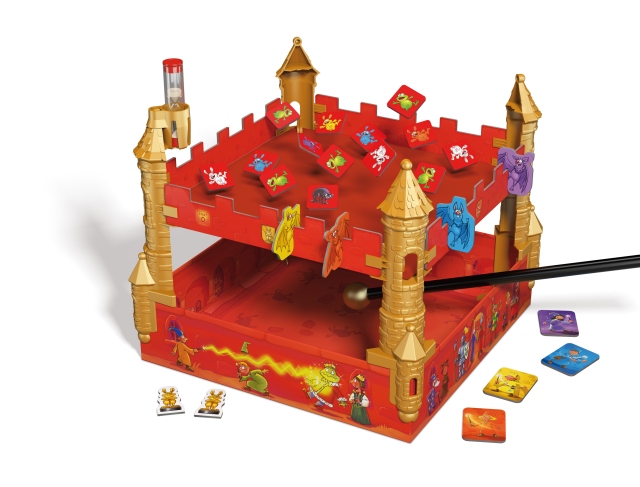 Build up a big castle with the box, turn the sand-timer, shout “SIMSALA HOPP” and then the children have to  turn as many frogs into rabbits by hitting the backside of the board with the magic wand. The pieces will jump and turn all over the place – like a little trampoline – but it demands good coordnation and memory to win in Simsala Hopp. Great for both kids and adults, and also fantastic to just watch others playing. 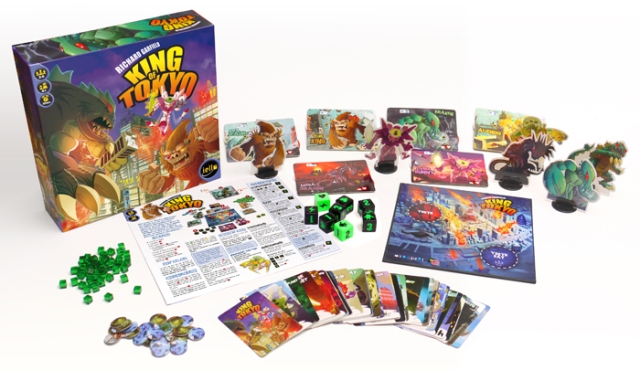 Who will be the king-monster of Tokyo? In this brilliant dice game from Richard Garfield (designer of Magic: The Gathering, Robo Rally, Android: Netrunner etc) you all fight as huge monsters, and tactical rolls with the 6 dices determines wether you will attack, heal, earn money or victory points. A fantastic and casual dice game for all and a huge hit with every agegroup. 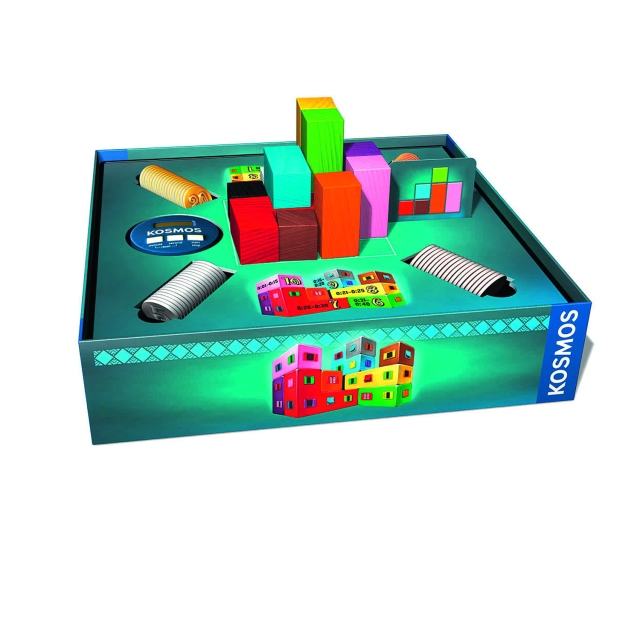 Who can build the correct combination of wooden bricks in the shortest amount of time? La Boca is a original co-operative game, where the players in turn work together to build up a unique combination of bricks in the middle of the board. The faster the better, but the players have to constantly talk to each other to coordinate the building process.

This entry was posted in Uncategorized. Bookmark the permalink.

This site uses Akismet to reduce spam. Learn how your comment data is processed.